All MERC affiliated faculty are current or former members of the Accounting, Economics, and Finance Department at Framingham State University.

Professor, received his Ph.D. in Economics from Kansas State University. His research interests include time series econometrics, regional economics, open macroeconomics and exchange rate policies. Professor Sjuib’s recent academic publications have appeared in Journal of Business and Economics Research, International Research Journal of Finance and Economics and the Empirical Economics Letter. He is a member of American Economic Association, Eastern Economic Association and the National Association of Business Economics.

Associate Professor, earned a B.A. in Economics from Wheaton College, and a M.A. and Ph.D. in Economics from the University of Massachusetts-Amherst. Professor Rosero’s research interests include the interaction of international finance and economic development, Latin American economic integration, and the use of alternative economic policies to promote sustainable economic growth. His recent research publications have appeared in the Journal of Economic Integration, Latin American Policy, and Critical Sociology. He has presented his research at several international, national and regional conferences, including the Allied Social Science Association (ASSA), Eastern Economic Association (EEA), the Society for the Advancement of Socio-Economics (SASE), and the International Political Science Association (IPSA). In addition to his research on international economics, Dr. Rosero co-authored numerous reports aimed at analyzing demographic and economic trends and their impact on the economic development of the City of Boston during his time with the Boston Redevelopment Authority.

Professor Emeritus of Business Economics, earned a B.A. in Economics and General Science from Brandeis University, an M.B.A. from the University of Detroit and a Certificate of Advanced Management Studies from Babson College. Her areas of expertise are regional employment and economic development. Professor Dunne has co-authored papers and publications and given presentations on structural and cyclical changes in employment, wage adjustment, and job creation and destruction in substate economies as well as on innovative teaching methods and internship development in economics. Her work has been presented at meetings of the Eastern Economic Association (EEA), the Association for University Business and Economic Research (AUBER), National Association of Business Economics (NABE), and the American Institute of Architects (AIA). She is a member of the EEA, NABE and the Northeastern Economic Developers Association (NEDA). Professor Dunne has served multiple terms on the Board of Directors of the Framingham EDIC.

Assistant Professor, earned her B.A. from the University of Massachusetts-Amherst, and a Ph.D. in Economics from Clemson University. Her research interests include energy economics, environmental economics, applied microeconomics and empirical industrial organization. Dr. Lamontagne has authored papers on Renewable Portfolio Standards and the US Energy landscape. She has taken students abroad to Germany and Switzerland to study renewable energy. 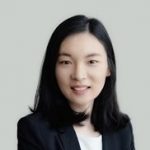 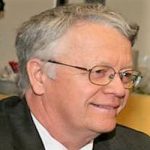 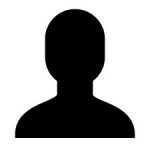 Professor Emeritus of Business Economics, earned a B.A. in Mathematics from Newton College of the Sacred Heart and an M.A. in Economics from Boston College. Her areas of interest include International Economics and Regional Economic Development. Her research areas for MERC include housing, and income, demographic, and labor force characteristics. She is a member of the American Economic Association, the National Association of Business Economists, the Eastern Economic Association and a licensed Real Estate Broker.

Research Associate, earned a B.S. in Business Administration from Suffolk University and M.A. in Economics and M.B.A. from Clark University. She is also a Certified Public Accountant and former Internal Revenue Service Agent. Her research interests include taxes, municipal revenue and expenditures, non-profits and multinationals. She is a member of the American Institute of Certified Public Accountants.